Over the past nine months I have been writing extensively about how the United States is on the verge of a major positive development.  Late last year, Goldman Sachs jumped on board with a special report to investors.  In the past few months, institutional finance magazines began reporting this major development.  In June, I noticed a handful of television journalists start to talk about it. Newspapers are beginning to write about it as well.

"It" is the United States becoming energy self-sufficient.  This means that the United States is very close to not needing energy, particularly oil, from nations we do not consider particularly friendly.  We will still need oil from Canada and some other allies until we more fully commit to alternative energies, however, we won't need much from anywhere else, as has been the case for almost 50 years now.  Already, of the oil we use, less than 10% is now from OPEC.

This is different than energy independent, which would mean we were completely supplying ourselves, but very good nonetheless.

The effects of this development in energy will create a number of positive impacts for America.  The most obvious is that our domestic energy costs should be lower.  Not only is that good for households, but it is extremely good for business.  Already, because energy costs in other nations can be 300% or 400% higher than in the United States, companies have almost stopped sending jobs overseas and some are bringing jobs back as wage inflation in other nations further erodes their competitive advantages.

Combine low energy costs with a highly skilled workforce and rising labor costs overseas, and it is easy to be optimistic about America's future in high-end manufacturing.  So long as we set aside enough to fund training and education programs as we make difficult budget decisions, American production will continue to improve going forward.

In addition to aiding manufacturing at the high-end, U.S. input costs for agricultural production will remain flattish (flattish is a special economic term which means what it sounds like).  This is important as the United States is the bread basket to the world.  Not only does the relatively low cost of energy in America benefit our profitability, but it helps maintain peace around the world.  There is nothing more likely to cause war, as the Pentagon recently pointed out, than starving populations.  With our ability to feed far more people than we have here, we help prevent war.

Finally, our military commitments to the middle east should continue to decrease as they have in the past few years.  We simply are no longer as compelled to protect foriegn oil fields.  In fact, with China winnning many of the oil contracts in Iraq, they are now largely on the hook to maintain the balance of power in the region so that Iran and Saudi Arabia do not meet in a conflict.  Reducing military expenditures is vital to gradually balancing the United States budget.

This has all begun to happen primarily due to a newer technology called hydraulic fracturing, that allows domestic energy companies to recover oil and natural gas from American deposits. On MarketWatch, I coined the phrase "energy technolution" to describe this and other transformational technologies hitting the energy industries.

While the process was imperfect initially, it has not only become very efficient, but very safe.  Companies in fact, are being very careful to not allow pollution to become a problem for fear of killing their new golden goose. 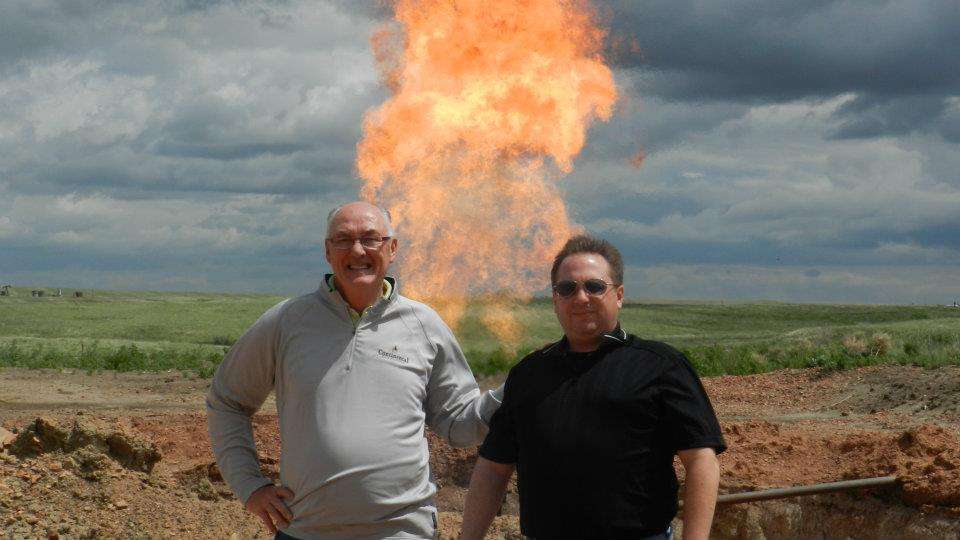 I was recently in North Dakota learning more about "fracking", what was going there and some of the investments that we have. What I came away with was a sense of awe.  What is going on in the Williston Basin is a boom of historic proportions that has led North Dakota to produce the 3rd, and nipping at Alaska for 2nd, most oil among American states. There are similar booms, though not as concentrated or forceful, developing throughout America.

On my trip to North Dakota, Mr. Bob Walstad, a founder of the Integrity Viking Funds, and co-manager of their Williston Basin Mid-North America Stock Fund, which we own, was nice enough to be my host and tour guide.  What I was able to learn driving around with him and listening was better than any continuing education class I have ever had.

As mentioned above, the boom in North Dakota is wildly apparent.  There is a shortage of almost everything a person needs, including living space.  While that is being addressed daily and will get better in the next few years, growth of oil related industry has outpaced development of housing and services.

Williston has the busiest Walmart, McDonald's and gas station in the world, despite having a population around 100,000.  In talking to one truck based food vendor, it became apparent what some of the opportunities are.  Below, see this "man camp" complex.

As the oil companies and oil services companies have become better at what they are doing, the efficiency is increasing dramatically.  We were able to drive from older wells to newer wells and could see the difference.  Originally, the pad, which is a 5 acre space covered with crushed rock that has very low permeability to oil (in case of some spillage), would contain one well.  Today, several companies, including Oasis Petroleum, which we are invested in, can have four wells per pad and some companies are in the process of moving to eight in some areas. 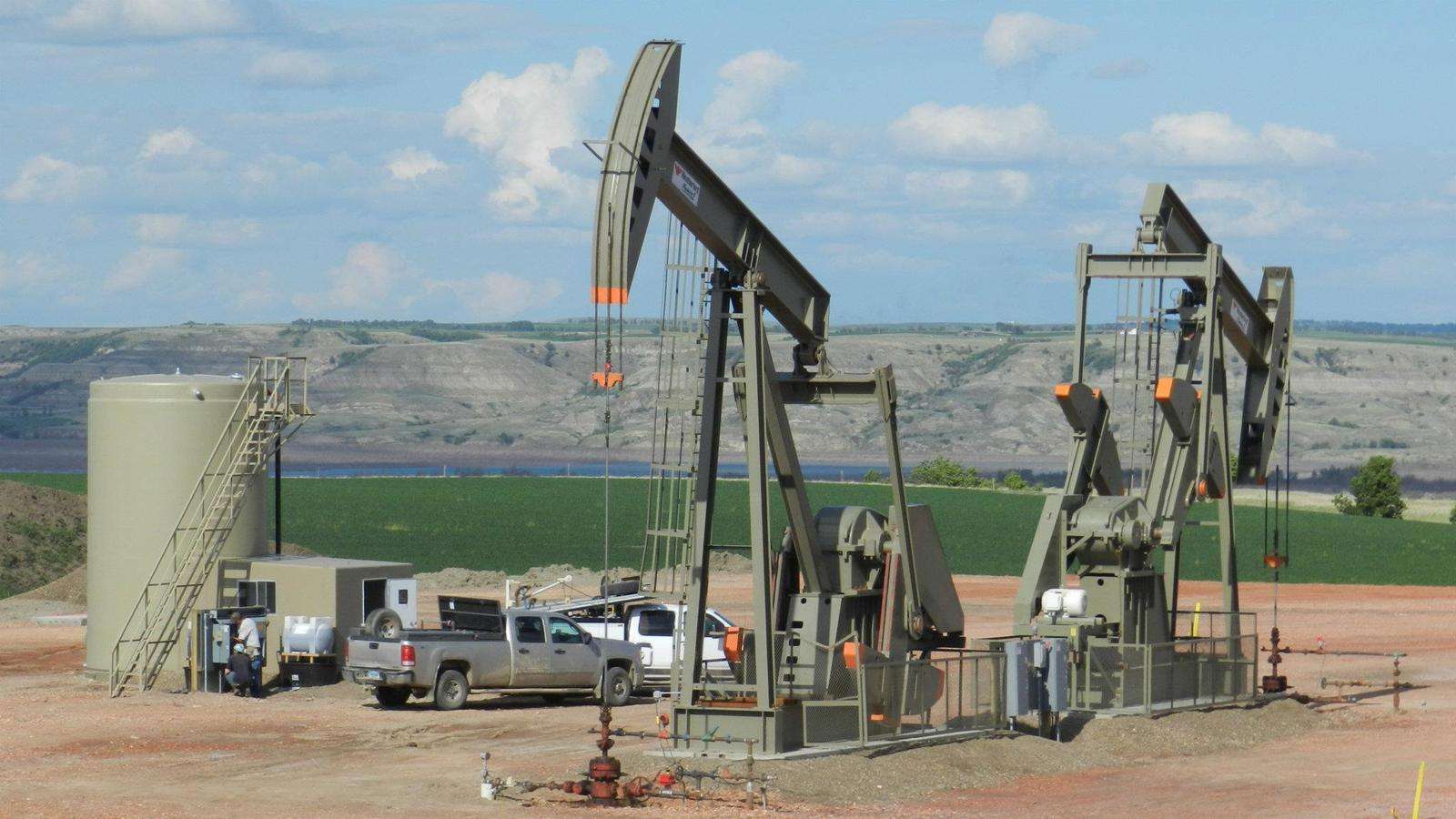 As an investor in Williston Basin companies, what is important to know is that the oil companies involved there will not put up huge earnings numbers for a little while longer.  They are in the process of reinvesting their revenue into drilling more wells. However, with a little more pipeline infrastructure (nothing to do with the Keystone pipeline controversey of earlier this year which would have been for toxic Canadian tar sands oil), a few more wells and even a slow economic rebound, profitablity will surge and so should share prices.

Oil services companies and other companies that I have called in the halo, are already experiencing rapidly growing earnings.  Their stock prices could pop handsomely with some sensibility from government which appears to be a main hinderance to a major stock market rally in these, and other, stocks.

On the point of American politics, keep in mind Winston Churchill's quote, "You can always count on Americans to do the right thing—after they’ve tried everything else." It seems that "everything else" is almost done.  Just this week the Republicans and Democrats agreed on a transportation and education bill.  They are also talking about tax and budget issues in a constructive way behind closed doors.  Once the elections are done this fall, those doors will open and some solutions to the problems we all know by now will be employed.

There is more to discuss of course, but I do not want to re-hash for those who are following along on MarketWatch. I will be adding about two dozen more this summer on that network.

Have a wonderful Independence Day and week, and try to know, that America's best days are in front of her.

This letter contains forward looking statements that may not come true.  Past performance does not guarantee future results.  This letter is intended for informational purposes only, and reflects only my thoughts and opinions in general, and do not constitute individual advice.  Opinions expressed may change without prior notice.