When I was a kid I dreamed about being an astronaut, a baseball player, a rock star and the President. As I hit my teen years and I hadn't done much musically, I dropped the Mick Jagger aspirations and focused on baseball. By senior year of high school I knew that baseball was fun, but that I wasn't an elite player so I had to drop the Robin Yount dream too.

When I got to college, I focused on having a good time and taking courses that might help me when I grew up. For awhile I thought I'd be a lawyer, but a great uncle gave me some guidance and I decided against that career path. I graduated from college with a degree in economics and a second in political science with a law certificate tossed in. That's not what I dreamed about as a kid, but it has proven to be a good direction for me. I got there by taking one step at a time and just not stopping.

Near the end of college, I went through the typical transition dilemma many young people go through and got married because part of me figured it was the logical "next thing." I also thought the woman I married was a lot of fun and that was good enough for a marriage. I can hear some of you thinking out loud now "ha, yeah right." Live and learn.

In any case, I got two great kids out of that marriage and today they are teens trying to figure out their place in the world. My son is in college already and is slowly figuring out some direction. As a dad, I wish he would focus and prioritize better, but he's where a lot of 19 year-olds are which isn't too bad, but it's not really too good either. My daughter is in the middle of high school and starting to assert herself. She has all the potential in the world, but I think she wonders what she is working for. My son I'm sure wonders that too.

It's natural for kids to wonder about the future. The nice thing about them is that they generally have an optimism that is healthy and productive. I am not so sure that kid optimism is as great today as it has been in the past however. I don't think that is the kid's fault though.

I have been talking to a lot of people the past four years as my firm grew and my writing for MarketWatch expanded my universe of contacts nationally. There is clearly a lot of doubt by many Americans about the future. Not just their personal future, but the future of America and the world in general. I think these doubts are vastly overstated, but potentially self-fulfilling if we do not wake up soon.

We live in an age of breathy mass media, coordinated talk radio, superficial information, technological distractions and an appalling lack of educated insight. That has all helped perpetuate a national divide along ideological lines. Unfortunately, as rigid lines are drawn and shrill arguments are made, America is doing damage to her future. It is a silly divide though, because what separates most Americans is relatively minor.

Most of the divide is driven by those who would profit from the messages being delivered. Better ratings come from louder guests. Financial and political hucksters use the divide to profit and gain power. The divide is a way of conquering. I think we have heard of that methodology before.

The things that we hear and see are often in conflict with what we intuitively know to be true. But because we hear and see something repeatedly, we set aside our own instincts, knowledge and wisdom. Why? It is partly our own self-doubt holding us back and partly a surrender to the persistent droning on of the hucksters, hounds and brainwashed. It's a shame, it really is. I have known and heard about a better America. One that stands up to bullies. One that studies, works and plays hard. An America that is always building better tomorrows for its children. Is that America gone?

I don't think that America is gone. But it is threatened by a group in society that is off the rails. It's not the liberals or the conservatives - there really isn't much difference. It's "leaders" who can't reach to the middle from time to time for the greater good. It's those who fall for the divide and conquer strategy of the hucksters. It's those who listen to propaganda is if it were fact and those who are too lazy to read a book, learn a skill, help their neighbor or teach their kids right from wrong. "Those people" are actually a small portion of the population, but as we should know from our forefathers, they are a dangerous group.

My simple message is that I believe "fixing" America comes from the ground up. It comes from defeating the ideological dividers and the money hungry, power hungry hucksters. It comes from the real majority in America, those who aspire to something greater, are willing to work hard and respect their fellow man, but feel held back by a small group of phonies.

Among the messages that get used to divide us is that America is doomed economically and financially. It's the same argument that has been made since before we were even a nation. That argument just doesn't hold up mathematically or historically. Human life has been getting better, in fits and bursts for thousands of years. The pace of improvement has been dramatic since the founding of America. We just need to make sure we don't break the advance with bad choices.

While America goes through cycles related to demographics, business development, technology, resources, governance and banking, it has always chugged forward when measured over longer periods of time. Since the early 1980s, we have in fact run into problems that have resulted in a shrinking middle class. These problems are threatening to become much longer-term, even potentially permanent. These problems are not natural however, they are man made. Therefore, the problems are fixable if we would make some rather simple adjustments to national policy that are not so grounded in ideology.

America's most unique asset is the piece of safe and bountiful geography that it sits on. We have enough oil to help us put OPEC behind us now, as we ultimately transition away from gasoline and diesel vehicles over the next few decades. We have developed technology to recover enough natural gas to not only make manufacturing very competitive again in America, but have enough to export some to our allies. We have arable land, water, metals and minerals. These assets are extremely valuable. So long as we don't allow hoarding by a few, then we can all benefit.

American technology is still among, if not, the best, on the planet. That edge is threatened by an underwhelming academic performance the past few decades, nonetheless, we are starting realize the benefits of some amazing things in healthcare and energy. Biotechnology's real promise is that we might be able to detect health problems so early, that we can become motivated to deal with health issues before a problem is big and expensive. Solar technology is on the front end of making electricity cheap to produce and in fact is the world's fastest growing industry by percentage. When battery technology advances another few levels, likely in coming decades, the sun could provide most of the world's power, not just daytime energy. Imagine not having to fight over energy anymore.

Our greatest, but more volatile asset is us. Americans have a history of getting educated, learning valuable skills, working hard and playing hard. That spirit is still ingrained in us, but too many people are drifting into a slow, entitled, fuzzy state of being that is not just leaving them behind, but holding the nation back as a whole. It is our choice which direction we go. I for one am not only working hard to guide my kids and build my business, but I've been reaching out to anybody who wants to hear a story that might help them to get going.

I think it is important that those of you who are doing what you need to do also encourage others to follow suit. They might need a little push or pull, or just somebody to talk to who has a hopeful outlook and a story to tell that has a lesson.

Investing in the Future 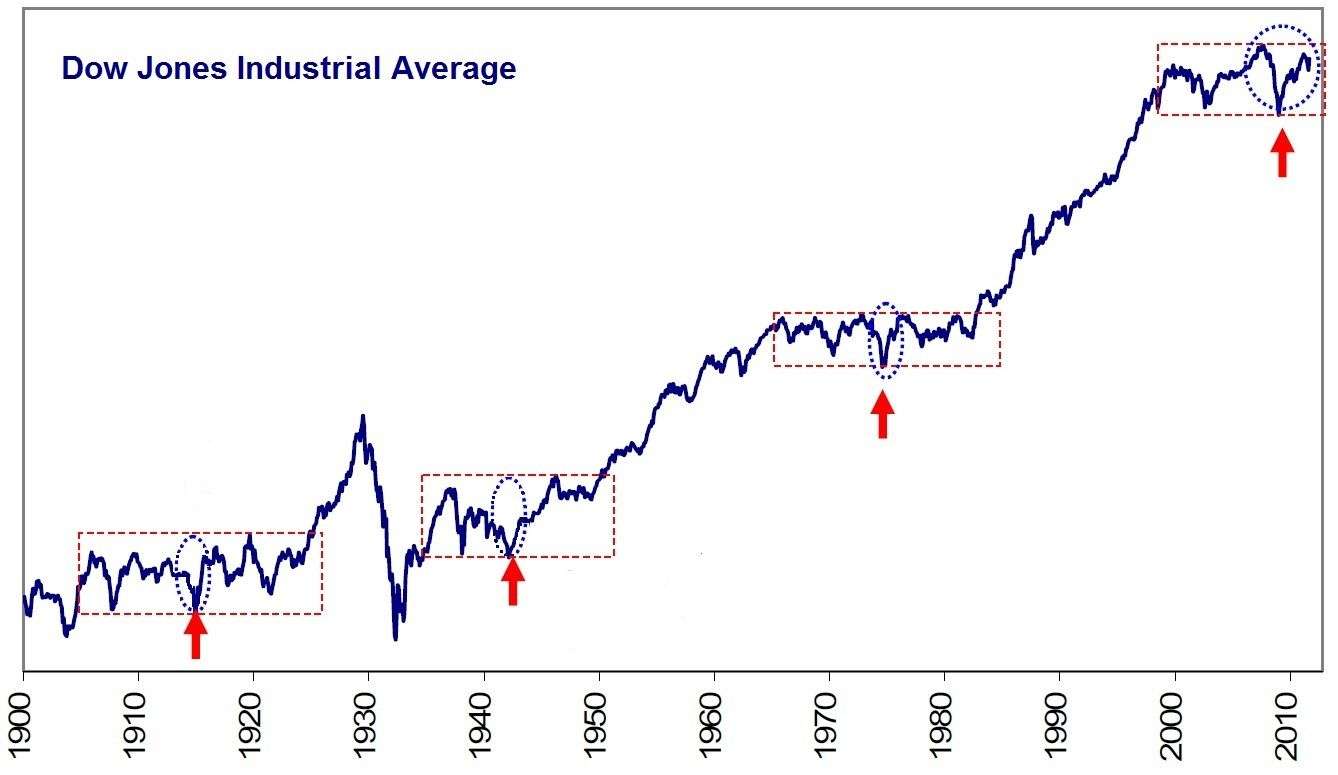 Normally I would discuss our investments here, but I have switched to doing monthly calls. The first is Saturday, July 12th at 9am central. The public is invited, details are on the front page. Please spend about 45 to 60 minutes with me.

My one message about investing in this letter, is that there will always be dangers and opportunities. The most important thing for getting ahead is getting involved. If you don't invest in America's great companies and its emerging companies, as well as, getting a slice of the whole thing via a fund strategy (we use a defensive indexing approach), then you won't get ahead - ever.

Currently only 54% of Americans are investing, that's too low. Not investing means you will likely fall behind for your entire life. Find a way to get involved, even if it is only a few dollars at a time. The dollars you slowly accumulate and invest wisely are your tickets to a greater level of freedom.